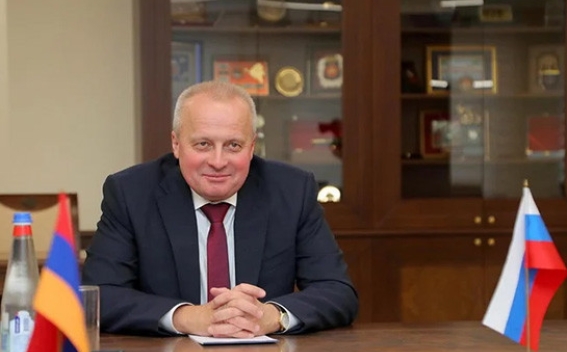 Secretary General of the Collective Security Treaty Organization (CSTO) Stanislav Zas has reported Prime Minister of Armenia Nikol Pashinyan on the proposals aimed at easing the current tension in some sections of the Armenia-Azerbaijan border, which the CSTO Joint Staff is going to develop, Russian Ambassador to Armenia Sergei Kopyrkin told reporters at a briefing, Armenpress reports.

When asked at what stage the process is now, meaning the development of the CSTO proposals, and when the results will be visible, the Ambassador said that last week the CSTO Secretary General again visited Armenia and met with Prime Minister Nikol Pashinyan.

“As far as I know, he reported the proposals which the CSTO Joint Staff is planning to develop for the study of the leaders of the CSTO member states. I think the talk is about the concrete steps that should show in practice the Organization’s presence and role in this region”, the Ambassador stated.