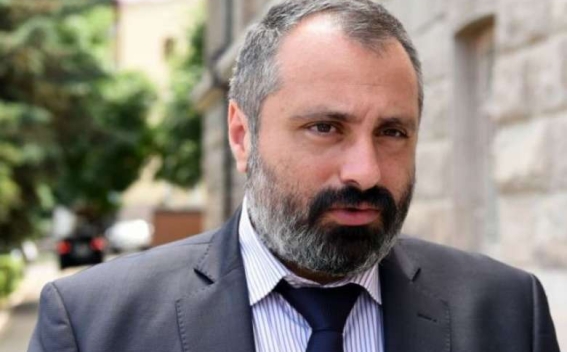 Minister of Foreign Affairs of Artsakh Davit Babayan commented on the possibility of direct negotiations between Artsakh and Azerbaijan.

Speaking to ARMENPRESS, he said that there is a clear format for the settlement of the Azerbaijani-Karabakh conflict which has been approved during the OSCE summit in Budapest in 1994. “The problem is that this format should be maintained, by which Artsakh is recognized as a party to both the negotiations and the conflict. Of course, we are ready for direct talks with Azerbaijan, but a comprehensive settlement of the conflict is necessary with the involvement of the OSCE Minsk Group Co-Chairs, Azerbaijan, Artsakh and Armenia in that process. We can perceive direct negotiations differently, but when we talk about a political issue, then Azerbaijan must accept our subjectivity and Artsakh as a full party to the conflict, and only then we can negotiate as equal to equal”, the FM said.

He said that it’s understandable that Azerbaijan will do everything to avoid and not to meet the representatives of Artsakh, not to discuss the settlement of the Azerbaijani-Karabakh conflict, therefore, Babayan said, it is necessary to seek the restoration of the full format. “There are contacts which are necessary. For instance, if a shepherd crossed into their area, then some contacts, of course, together with Russian peacekeepers, are needed for his return, for the search of the relics of our fallen soldiers. In other words, contacts couldn’t be avoided, which, however, calling as negotiations around external political issues, is, of course, not right”, he said.

Babayan also commented on the question what are the priority steps in the context of the latest Azerbaijani attack on Armenia and what issues are on the agenda in the diplomatic front, given the security challenges.

According to him, a very proper and wise foreign policy should be run, with a perception that it’s impossible to ensure the security of Artsakh, the reliable and dignified future of its people without it. “It is necessary to avoid adventurism. We have natural allies, brotherly countries. In general Armenian people, like Jews, are one of those unique nations who are capable to have normal relations with many countries, even with those countries which have bad relations with one another. We have a Diaspora and are obliged to have good relations with all countries which have an Armenian community. This is in our interests, which doesn’t mean, however, that one should be done at the expense of another. I consider it impermissible. If 3 million Armenians live in Russia, so why we should be anti-Russian? Especially when the future depends on it. If there are no Russian peacekeepers, there will be no Artsakh. But it doesn’t mean that we should become enemies with the West, because there are 2 million Armenians living in the United States”, he said adding that they are obliged to have good relations with their natural ally. “In general, we should study and respect every civilization, we should think of what we could take from there as an example that could be useful to us. I think this is a right approach”, he said.