The leaders of Armenia and Turkey meet in Prague 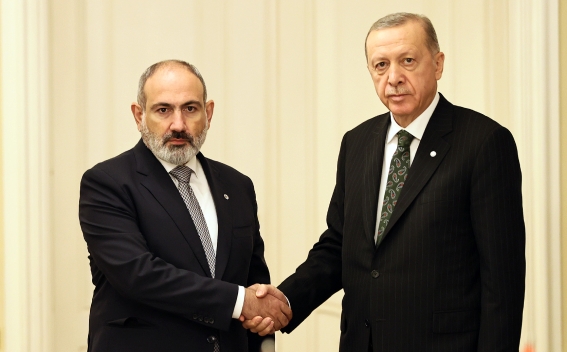 The meeting of the Prime Minister of the Republic of Armenia Nikol Pashinyan and the President of Turkey Recep Tayyip Erdogan took place in Prague.

In the context of Armenia-Turkey rapproachment, direct contacts and high-level meetings were emphasized by both sides.

Nikol Pashinyan and Recep Tayyip Erdogan discussed the process of normalization of Armenia-Turkey relations and possible further steps in that direction.

The need for the speedy implementation of the agreements reached as a result of the discussions of the special representatives of the two countries was emphasized. In particular, it refers to the opening of the land border for citizens of third countries, the implementation of direct air cargo transportation between Armenia and Turkey.