The details of the deployment of the EU civilian mission are still under discussion: MFA Armenia 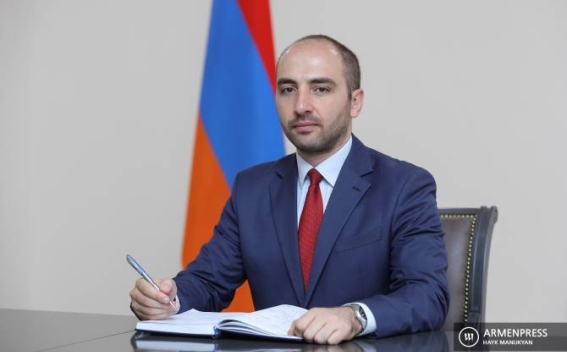 Question: After the quadrilateral meeting in Prague, a statement was issued, according to which Armenia and Azerbaijan affirmed their commitment to the UN Charter and the 1991 Alma-Ata Declaration, upon which both sides recognize each other's territorial integrity and sovereignty. Does this mean that Azerbaijan should withdraw the units of its armed forces from the sovereign territory of Armenia, invaded by Azerbaijanis in May 2021, November and September 2022?

Also, affirmation of their commitment to the UN Charter and the 1991 declaration of Alma-Ata by Armenia and Azerbaijan will lay a foundation for the elaboration of a peace treaty between the two countries, as well as for the border delimitation works.

Question: There is no reference to Nagorno-Karabakh in the statement. Was the Nagorno-Karabakh conflict discussed during the meeting? What future developments can be expected regarding Artsakh, considering that the sides have affirmed their recognition of each other's territorial integrity?

Answer: We have repeatedly stated that the issue of the rights and security of the people of Nagorno-Karabakh is of utmost importance to us. We raise these issues in all our meetings, including with international partners. However, Azerbaijan is not inclined to discuss this issue with Armenia.

The international partners also share the opinion that the issues of security and protection of all rights of the Armenians of Nagorno-Karabakh are subject to clarification, and in this regard the discussions between Stepanakert and Baku through international tangible mechanisms are important. Armenia, of course, includes the issue in the framework of discussion in all contacts with Azerbaijan.

Answer: The Armenian side has repeatedly voiced the need for introducing international fact-finding and monitoring mechanisms along the Armenian-Azerbaijani border. The EU civilian mission will carry out activities along the border of Armenia with Azerbaijan, in the sovereign territory of the Republic of Armenia. Taking into account the above, it should be emphasized that there is no question of Azerbaijan's agreement or disagreement.

Question: Could you specify on which parts of the border the observers will be deployed, what is the main framework of their mission and to what extent their presence will reduce the tension on the border?

Answer: The objectives of the EU civilian mission, as stated in the Statement, are to build confidence and assist the border commissions with their observations. It is perhaps too early to speak about the scope of the functions and mandate, specific locations and other details of the mission, as these issues are still in the stage of working discussions.

Question: Was the issue of the repatriation of the Armenian POWs held in Azerbaijan discussed during the meeting? What developments can be expected in this matter?

Answer: The issue of the immediate return of Armenian prisoners of war and civilians illegally detained in Azerbaijan is constantly raised during all meetings with our international partners. The meetings in Prague were no exception.