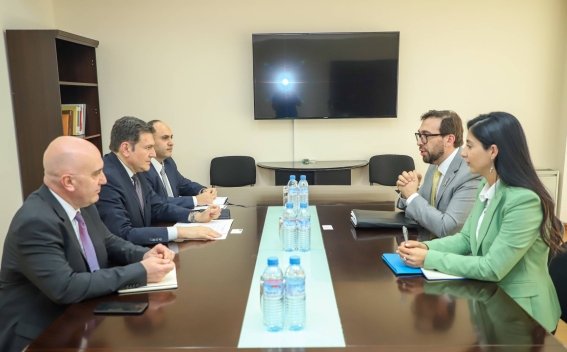 The Deputy Minister and the Head of Office discussed different issues of cooperation between Armenia and NATO.The sides touched upon the continuous involvement of Armenian peacekeeping units in international peacekeeping missions, including under the auspices of NATO.

During the meeting the sides exchanged views on topics of international and regional security. The Armenian side emphasized the need for immediate withdrawal of the Azerbaijani armed forces from the sovereign territory of the Republic of Armenia, as well as for the repatriation of Armenian prisoners of war, and the unconditional adherence to the ceasefire regime. In this context, the Deputy Minister stressed the importance of NATO's support to the OSCE Minsk Group Co-Chairmanship activities in promoting the Nagorno-Karabakh peace process.