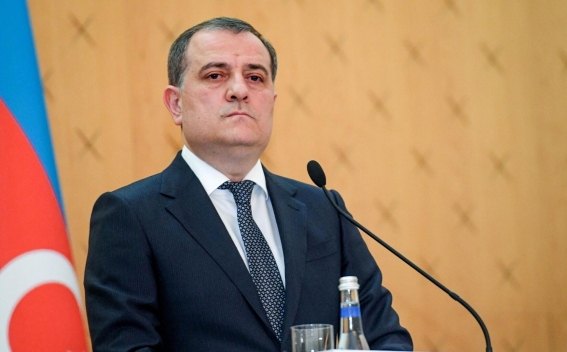 Yerevan has still not responded to the peace treaty proposals provided to the Armenian side at the October 2 meeting of Azerbaijani and Armenian foreign ministers in Geneva, Azerbaijani Foreign Minister Jeyhun Bayramov said, News.am reports.

Bayramov made this statement on Friday during a telephone conversation with U.S. Assistant Secretary of State for European and Eurasian Affairs Karen Donfried, the Azerbaijani Foreign Ministry reported.

"During the conversation, Bayramov and Donfried exchanged views on the current situation and prospects around the peace process between Azerbaijan and Armenia, as well as on various areas of the Azerbaijani-American agenda," Interfax-Azerbaijan noted, citing information from the ministry.

Bayramov spoke about the current situation in the region, various aspects of the process to normalize relations between Azerbaijan and Armenia, Baku's position and proposals for the start of negotiations with Yerevan on a peace treaty.

"The minister noted that the Armenian side has not yet given a response to the elements of the peace treaty, which were provided to Armenia following the meeting of foreign ministers in Geneva," it is noted.

For her part, Donfried noted that the U.S. supports efforts to ensure peace and stability in the South Caucasus.

She noted the importance in advancing the agreements on the peace process reached at the meeting of the leaders and ministers of foreign affairs of Azerbaijan and Armenia, the agency added.