Kopirkin: Karabakh status issue should be left to next generations 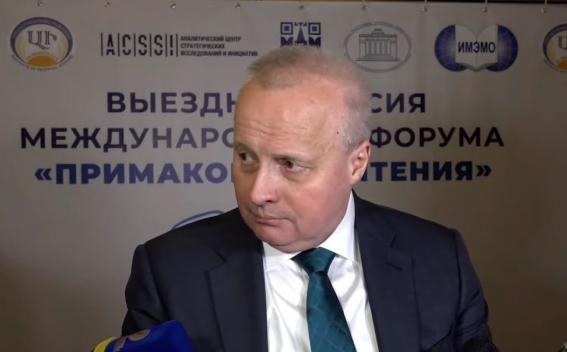 The issue of the status of Nagorno-Karabakh is an issue that should be left to the next generations when conditions acceptable to all will be formed for a fair solution to the issue, the Russian ambassador to Armenia told reporters on Tuesday, NEWS.am reports.

Sergey Kopirkin called Monday’s tripartite meeting between the Armenian, Russian, and Azerbaijani leaders in Sochi, Russia, important. And how long it lasted and how it was prepared, according to him, indicates that the time has come for substantive discussion of all the most complicated issues of the settlement.

The ambassador recalled the words of the Russian president that not all issues were agreed upon.

He repeated the words of Russian President Vladimir Putin that the whole settlement complex should be the result of agreements between Armenia and Azerbaijan.

"As for the peace treaty and the provisions that should be included in it, judging by the results of the Sochi meeting, there are still issues that cannot be agreed upon, but towards which the work will continue," summed up the Russian ambassador to Armenia.