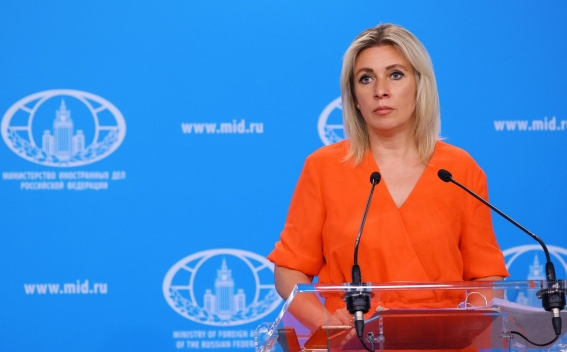 The official representative of the Russian Ministry of Foreign Affairs (MFA) has commented on the prospects of the "Zangezur corridor," News.am reports.

Answering the question of the Turkish Anadolu Agency as to how the Russian MFA evaluates the efforts of "organizing the Zangezur corridor," Maria Zakharova noted: "Well, we use the term 'route.'"

According to her, the issue of unblocking transportation links in the region was discussed at the summit held in Sochi, Russia.

"An agreement has been reached that the relevant work will continue within the framework of the tripartite working group under the joint chairmanship of the deputy prime ministers of Armenia, the Russian Federation, and Azerbaijan. Basically, as it was defined in the statement of the leaders of the three countries on January 11, 2021," said Zakharova.

The leaders of Russia, Armenia, and Azerbaijan met in Sochi on Monday, after which a joint statement was adopted.