If NK issue is resolved, why are the Azerbaijani troops shooting at Nagorno Karabakh? Pashinyan 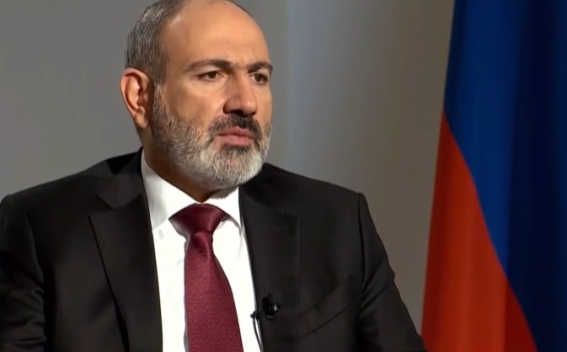 Armenia is not against the resolution of the Nagorno Karabakh issue, but the people living there should first of all see, feel and accept that solution, ARMENPRESS reports Prime Minister Nikol Pashinyan said in an interview with "Public TV".

"As much as I am familiar with the statements of the president of Azerbaijan, he says that the Nagorno-Karabakh issue was resolved with the statements of Sochi and Prague. I want to draw attention to the fact that the president of Azerbaijan regularly made the same statement before the Prague and Sochi meetings," said Pashinyan, emphasizing the importance of understanding the difference between Aliyev's statements before and after Prague and Sochi.

The Prime Minister reaffirmed that the Armenian side has always said and continues to say that the Nagorno-Karabakh problem was never a territorial problem, it’s another thing that Armenia's foreign policy and diplomacy failed to fully present this context to the international community. The rights and security of the Armenians of Nagorno-Karabakh must be addressed.

Referring to the statements of the Azerbaijani side that the Armenians do not have or will not have any problems, Pashinyan suggested to go and see if the people of Hadrut have any problems now, are they living in their houses or no?

"What is the Azerbaijani vision for the settlement of the Nagorno-Karabakh issue? that all Armenians living in Karabakh should suffer the same fate as the Armenians of Hadrut? In that case, my statement that all of this gives the impression of preparation for genocide should be considered justified," said Pashinyan, Armenpress reports.