Armenia and France want to deepen trade and economic ties 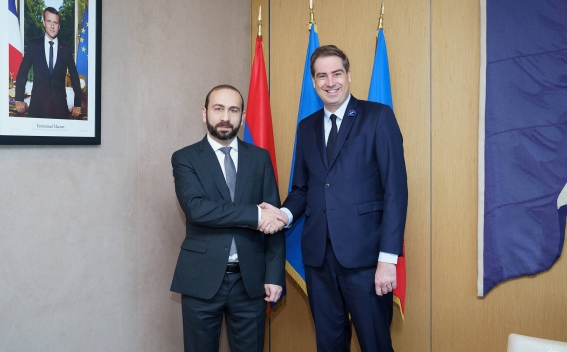 Foreign Minister of Armenia Ararat Mirzoyan, who is in Paris on a working visit, had a meeting with Olivier Becht, the French Minister-in-charge of Foreign Trade, Attractiveness, and French Nationals Abroad.

The interlocutors touched upon the deepening of the trade-economic ties between the two countries and the steps towards more effective use of the existing potential. In this context both sides highlighted the importance of the Roadmap of the Armenian-French Economic Cooperation signed last December, which outlines the prospects of cooperation in the spheres of infrastructure, energy, high-tech agriculture, healthcare and tourism.

The possible participation of the French side in various economic and investment programs implemented in Armenia was also discussed. The interlocutors commended the close ties established in the sphere of Armenian-French decentralised cooperation.

During the meeting, regional security and stability issues were also touched upon.