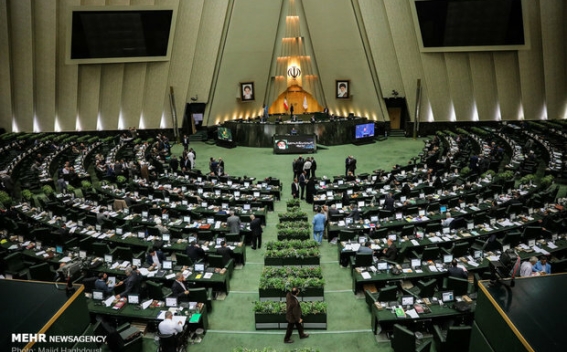 A group of Iranian lawmakers harshly reacted to the comments of Azerbaijani President Ilham Aliyev on the linguistic rights of compatriots living outside of Azerbaijan, which was perceived in Iran as an obvious hint at the large Azerbaijani population of Iran, the Tehran Times reported.
MP Seyed Alborz Hosseini reminded Aliyev that the Republic of Azerbaijan itself was excluded from Iran under the Gulistan Treaty.
''The Azerbaijani President has made remarks about Turkish-inhabited territories. I suggest that he read the Golestan Treaty to understand which territory was separated from which territory. These remarks about the territorial integrity of neighboring states are unbecoming of the Azerbaijani president,'' Hosseini said.
The remarks came in response to Aliyev's controversial statement during the 9th summit of the Organization of Turkic States. ''The Turkic world does not consist of independent Turkic states only, its geographical boundaries are broader. I believe that the time has come to permanently keep in mind, within the framework of the organization, issues such as preventing the assimilation and protecting the rights, security and national identity of our compatriots living beyond the countries that are members of the Organization of Turkic States,'' Aliyev said. ''The young generation of the Turkic world should have the opportunity to study in their mother tongue in the countries of their residence. Unfortunately, majority of the 40 million Azerbaijanis living outside Azerbaijan are deprived of these opportunities. Education of our compatriots living outside Turkic states in their mother tongue should always be on the agenda of the organization. Necessary steps should be taken in this direction.''
He added ''We will continue our efforts so that our compatriots, who were separated from the state of Azerbaijan due to bitter fate, preserve our language, traditions, and culture, remain loyal to the ideas of Azerbaijanism, and never cut ties with their historical homeland.''
Hosseini said Aliyev's remarks were unrealistic and Azerbaijan would have been part of Iran if not for the Gulestan Treaty. He also called on the Iranian Foreign Ministry and the Majlis to respond to these remarks.
Ali Nikzad, the deputy parliament lawmaker, quipped that the ''grandson cannot deny his grandfather'' and that the remarks of the Azerbaijani president are unfounded.
MP Mohammad Reza Mirtajuddini called for the annexation of Nakhichevan.  Mirtajuddini said Aliyev made remarks beyond his capacity and accused him of ignorance of history. ''Note that Azerbaijan was separated from Iran, not vice versa.''
Lawmaker Mahmoud Ahmadi Bighash strongly inveighed against Aliyev, rejecting Azerbaijan’s ''meddlesome remarks'' and ''continued insolence.''