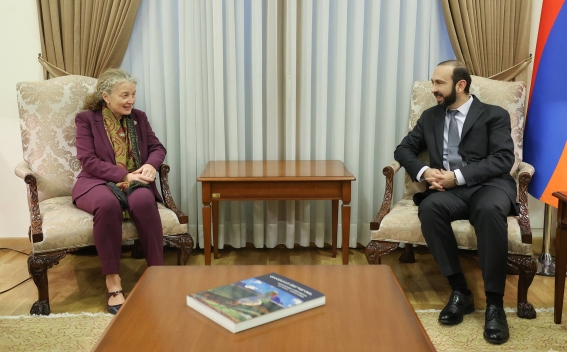 On November 14, Minister of Foreign Affairs of Armenia Ararat Mirzoyan received Lila Pieters Yahia, the Acting  Resident Coordinator of the United Nations in Armenia on the occasion of the end of her tenure.

During the meeting, issues on the continuous cooperation with the UN system and specialized agencies, and the effective implementation of the Sustainable Development Goals were discussed.

In the context of the humanitarian and other issues that emerged as a result of the 44-day war and Azerbaijani aggression against the sovereign territory of the Republic of Armenia on September 13-14, Ararat Mirzoyan emphasized the need for more active involvement of the UN and specialized agencies in order to record and address the existing challenges in accordance with their mandate.