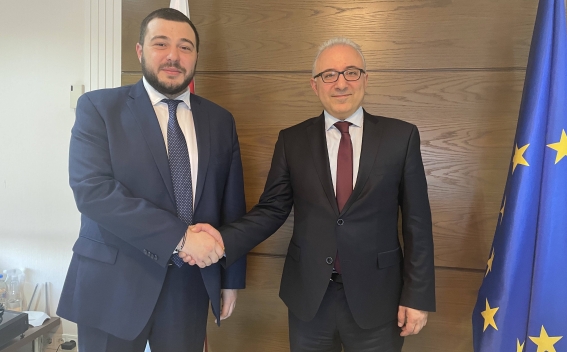 In light of the growing dynamics of neighborly relations between the two countries, the sides  discussed the agenda of high-level contacts and political dialogue, as well as a wide range  of sectoral, multilateral and regional security issues.

Within the framework of the visit, Deputy Foreign Minister of Armenia Mnatsakan Safaryan also had a meeting with Vakhtang Katamadze, the Head of Policy Planning and Governmental Coordination Department of the Prime Minister's Office of Georgia.