Zelensky says it's 'time to stop hostilities', but 'there will be no Minsk-3' 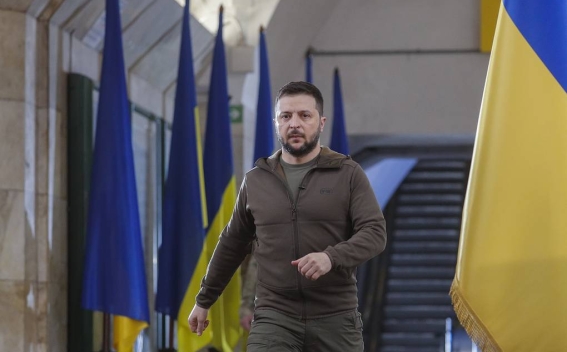 Ukrainian President Vladimir Zelensky said that it was time to end the Russia-Ukraine conflict, but Kiev will not sign Minsk 3 agreements, TASS reports.

"I am convinced that now is the time when <...> [hostilities] must and can be stopped," he said, speaking via video link to the participants of the G20 summit.

Zelensky added that Ukraine would not agree to sign agreements similar to Minsk-3. According to him, Kiev has its own plan to "implement the peace formula," which consists of ten points. Among them are ensuring nuclear, food and energy security, an exchange of prisoners of war according to the "all for all" formula, and the restoration of Ukraine's territorial integrity.

Zelensky recalled that Kiev insisted on international security guarantees and had drafted a corresponding document. He called on the G20 participants to "cement key element of the postwar security architecture in the Euro-Atlantic space", adding that the main outcome, according to Kiev's notion, should be the signing of a "Kiev security treaty." According to the Ukrainian leader, Kiev is ready to hold this event at any time, "even this year."

The Ukrainian president also recalled that Kiev wanted to achieve an international mechanism to compensate Ukraine for its losses from the hostilities at the expense of Russian assets.