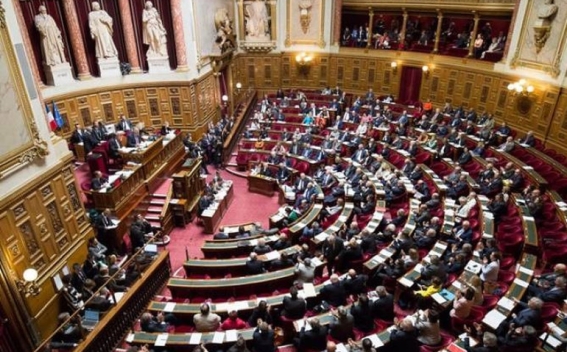 The Senate of the France Republic adopted a resolution supporting Armenia and proposing sanctions against Azerbaijan, ARMENPRESS reports the "Facebook" page of the Armenian Embassy in France informs.

"Among other provisions, the resolution of the French Senate.

- demands to remove the armed forces of Azerbaijan from the sovereign territory of Armenia and to respect the territorial integrity and sovereignty of Armenia;

- calls for the release of all Armenian prisoners of war and their return to the homeland;

- suggests that the French government, in cooperation with European partners, should elaborate diplomatic and economic measures to punish the aggression carried out by Azerbaijan, including imposing sanctions that will target the assets of the Azerbaijani authorities, as well as embargo on the import of gas and oil from Azerbaijan;

- suggests the government to consider the possibility of supporting the reinforcement of the defense capabilities of Armenia.

It is noted that Armenian Ambassador to France Hasmik Tolmajyan and Nagorno-Karabakh representative Hovhannes Gevorgyan were present at the resolution adoption session as guests of honor.