Putin and Erdogan discuss details of creating a gas hub in Turkey: Kremlin 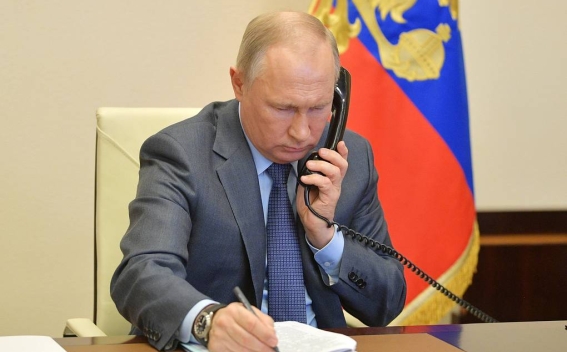 "Particular attention was paid to the prospects for the implementation of the initiative to create a large gas hub in Turkey which was put forward by the President of Russia in October and supported by Recep Tayyip Erdogan," the press service said.

Speaking at the Russian Energy Week forum in October, Russian President Vladimir Putin proposed creating the largest gas hub in Europe in Turkey and redirecting the volume of gas, the transit of which is no longer possible through the Nord Stream, to this hub. According to him, it may imply building another gas pipeline system and creating a hub in Turkey, through which gas will be supplied to third countries, primarily European ones, if they are interested.

The creation of a gas hub in Turkey was discussed on October 13 in Astana at talks between the Russian and Turkish presidents. According to Erdogan, the hub should be established as soon as possible and the most suitable place for it is the Thrace region in the European part of Turkey.