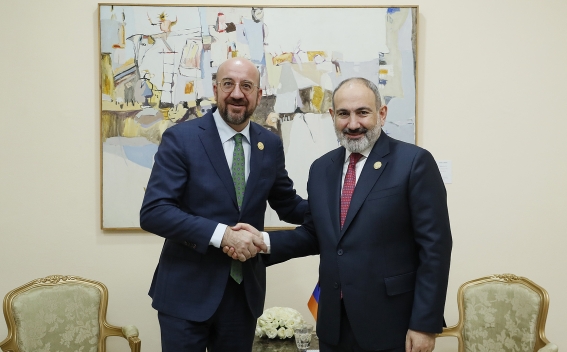 Prime Minister Nikol Pashinyan had a meeting with the President of the European Council Charles Michel, within the framework of the 18th summit of the International Organization of Francophonie, which is being held in Djerba, Tunisia.

The interlocutors referred to the to the results of the quadrilateral meeting with the Prime Minister of Armenia, the President of the European Council, as well as the Presidents of France and Azerbaijan held in Prague in October this year. The importance of the implementation of the agreements reached by the Prague Statement and the implementation of steps aimed at strengthening peace and stability in the region were emphasized.

The Prime Minister emphasized the need to eliminate the consequences of the Azerbaijani aggression, to immediately withdraw the Azerbaijani units from the sovereign territory of the Republic of Armenia.

Nikol Pashinyan and Charles Michel also exchanged ideas on the development of further cooperation between Armenia and the European Union.