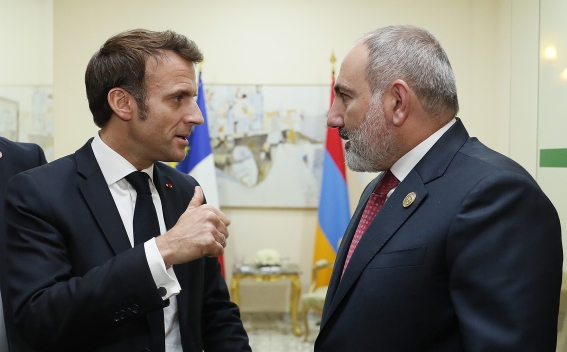 Prime Minister Nikol Pashinyan, within the framework of the 18th summit of the International Organization of La Francophonie, held in Djerba, Tunisia, had a meeting with French President Emmanuel Macron.

The interlocutors highly appreciated Armenia's presidency of the International Organization of La Francophonie and referred to the discussions taking place within the framework of the summit held in Tunisia. Issues related to the organization's priorities and future plans were discussed.

Nikol Pashinyan and Emmanuel Macron also exchanged ideas on the results of the quadrilateral meeting of the leaders of Armenia, France, Azerbaijan and the President of the European Council held in Prague in October this year. Implementation of steps aimed at strengthening stability and security in the South Caucasus was emphasized.

Prime Minister Pashinyan stressed the need to eliminate the consequences of Azerbaijani aggression, and of immediate withdrawal of Azerbaijani units from the sovereign territory of Armenia.

The leaders of Armenia and France also discussed issues related to the further development of the Armenian-French bilateral cooperation.