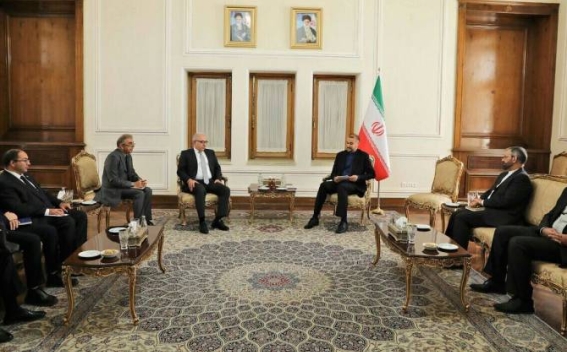 During the meeting the Iranian FM expressed satisfaction about the growing relations between the two friendly and neighboring countries, saying that the opening of the Consul General Office of the Islamic Republic of Iran in Kapan city of Armenia was an important practical step taken by the two countries to expand economic ties, and move towards a satisfactory perspective.

The Armenian deputy foreign minister, too, in the meeting referred to the recent visit of the minister of foreign affairs of the Islamic Republic of Iran to Armenia and the opening of Iran's Consul General Office in Kapan, saying that it was a great development and a turning point in bilateral relations.

Mnatsakan Safaryan also appreciated the basic and constructive stance of the Islamic Republic of Iran about the sovereignty of the regional countries and the unchangeable status of their international borders.

He emphasized that there are appropriate capacities and infrastructures for further expansion of bilateral economic relations, saying that the reached agreements need to be implemented relying on shared efforts and pursuance.