Putin hopes for a peace treaty between Armenia and Azerbaijan 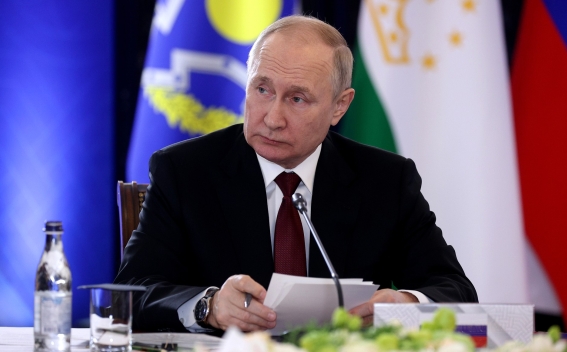 Russian President Vladimir Putin hopes for a peace treaty between Armenia and Azerbaijan. He made the statement on Wednesday, speaking at the CSTO summit in Yerevan, Armradio reports.

Putin positively assessed the summit of the leaders of Azerbaijan, Armenia and the Russian Federation that took place in Sochi at the end of October, and noted that the talks created a good basis for future compromises on fundamental issues.

The Russian President said that the joint statement reaffirmed the commitment to the top-level tripartite agreements reached in 2020 and 2021. He stressed that “only the consistent implementation of these agreements on border delimitation, unblocking transport communications, solving humanitarian problems” will help normalize relations between the countries.

“We hope that this will eventually allow to conclude a peace treaty between Yerevan and Baku,” the Russian President said, adding that he had already exchanged views on the issue with Armenian Prime Minister Nikol Pashinyan and would talk in more detail at the upcoming bilateral meeting on Wednesday.