Scholz says he has no problem communicating with Putin 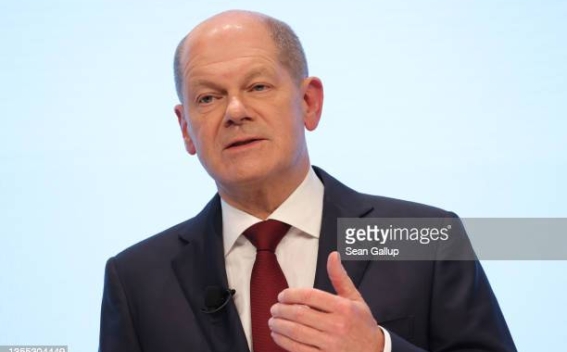 German Chancellor Olaf Scholtz said on Friday that he has no problems communicating with Russian President Vladimir Putin, so there is no need for his predecessor Angela Merkel to be a go-between in relations with Moscow, TASS reports.

"Let’s be blunt: there are no problems with communication with the Russian ruler," he said in an interview with Germany’s Focus weekly, which came out on Friday.

However, in his words, the Russian president "is pursuing goals'' that the West cannot accept. He also admitted that he takes advice from Merkel on issues linked with policy toward Russia and lauded her role as the German chancellor, saying he is sure that her name will have a place in history textbooks.

According to the German chancellor, the launch of Russia’s special operation in Ukraine was a watershed moment. "Any wrong or hasty decision could have entailed horrific consequences for our country," he said and promised to continue to help Ukraine "as long as it takes." At the same time, he refused to speculate on the topic of when the conflict could be resolved, saying that time will come "when Russia begins to look for ways out of this fatal situation."