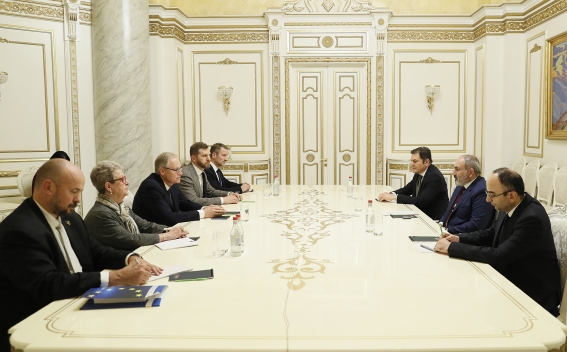 Assessing the Armenian-EU partnership as effective, the Prime Minister highlighted the EU's support for the rfeform implementation process in our country and noted that the Armenian government is committed to continuing democratic reforms. The Prime Minister of Armenia expressed satisfaction in connection with the holding of the meeting of the European Political Community in Prague on October 6 of this year, and in that context recalled the quadrilateral meeting between himself, the President of Azerbaijan, the President of France and the President of the European Council within the framework of the summit.

Michael Siebert noted that, according to the EU's assessment, democracy in Armenia is recording progress, as evidenced by reforms in various fields, the vigourous activity of civil society, and the EU will continue to support our country in this process. The high-ranking EU official thanked the Armenian Prime Minister for his high assessment of the European Political Community Summit, noting that the idea of making it continuous is under consideration.

Issues related to Armenia-EU partnership, regional security, Eastern Partnership initiative were discussed at the meeting. The sides exchanged thoughts on the activities of the EU observation mission in Armenia.