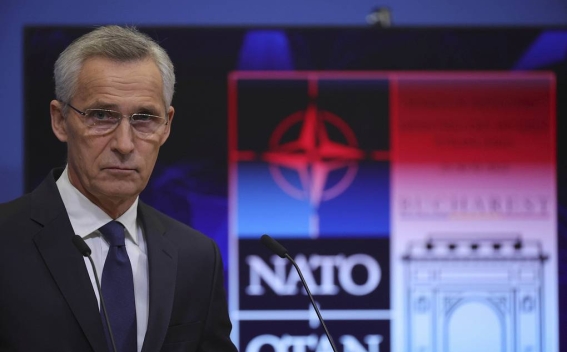 The NATO doors remain open for Ukraine, the organization’s Secretary General Jens Stoltenberg said on Friday at a press conference ahead of a meeting of NATO Foreign Ministers in Bucharest on November 29 to 30, TASS reports.

"NATO’s door is open and we have demonstrated that not only in words, but also in deeds," he said, recalling that in recent years Montenegro and North Macedonia had become new members, and Finland and Sweden were invited to join NATO in 2022. "So we have demonstrated that NATO’s door is open and that it is for NATO allies and aspirant countries to decide on membership. This is also the message to Ukraine," the NATO Secretary General said.

At the same time, Stoltenberg stressed that it was necessary to focus on providing assistance to Ukraine in order for it to win the conflict with Russia.