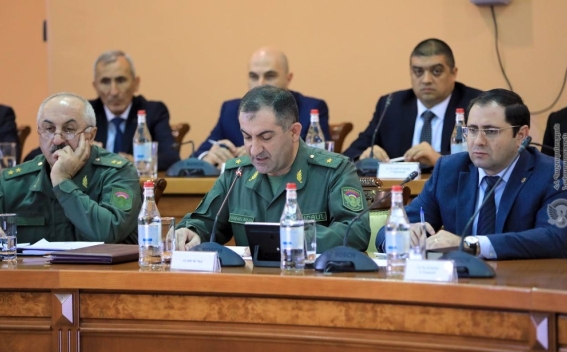 On November 28, a consultation chaired by RA Minister of Defence Suren Papikyan was held, which was attended by the leadership of the Ministry of Defence, the Armed Forces General Staff, and the commanders of the army units.
During the meeting reports on the engineering, logistics and work done over the winter were presented, as well as upcoming issues were outlined.
The minister was informed about the implementation of the instructions given during the previously held consultations.
Following the meeting, the Minister of Defence gave instructions to the heads of the responsible departments to eliminate the identified problems.