PM Pashinyan reported on the process of judicial reforms 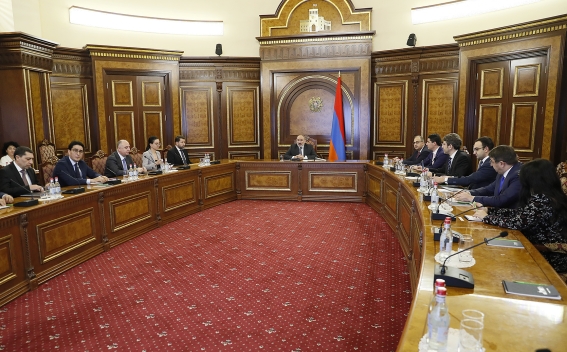 Chaired by Prime Minister Nikol Pashinyan, the inaugural meeting of the Board monitoring the implementation of the 2022-2026 strategy of the judicial and legal reforms and the action plan stemming from it took place.

According to the agenda, the working procedure of the Board, the report form and the methodological guide for monitoring and evaluation were approved. Then the measures implemented in the direction of the reform and development of the justice sector were presented according to the mentioned strategy.

The Prime Minister was reported on the progress of judicial system reforms. it was noted that the law providing for bonus payment in the amount of 80 percent of the salary for the judges of the Constitutional Court and 50 percent for the judges of the Court of Cassation has come into effect. The package for the formation of first instance criminal and civil courts in Yerevan has been developed. The draft of the formation of Appellate Anti-Corruption Court was approved by the Government and submitted to the National Assembly. A package of draft laws has been developed aimed at simplifying the procedures for the organization of proceedings: introduction of a written procedure in administrative, civil and bankruptcy cases, restoration of accelerated trial procedure for criminal cases, etc.

It was reported that within the framework of the development of alternative dispute resolution methods, work has been done on the creation of a new arbitration center. a steering committee conprised of renowned national and international experts has been formed, which has approved the charter of the arbitration center, and the arbitration rules are now being drafted. Amendments to the Law on Conciliation were adopted by the National Assembly.

In the field of criminal law, the investigative bodies and the prosecutor's office have been replenished with new personnel. Within the framework of constitutional and electoral reforms, the Council of Constitutional Reforms and the professional commission were formed, sessions were held in Yerevan and regions. The report "On the problems of electoral legislation and practice" was prepared, based on which a legislative package will be developed.

Measures were also implemented in the direction of reforming other systems of the sector: enforcement, advocacy, bankruptcy, notary. In particular, the new electronic management system of the Enforcement Service is being developed, the process of freezing and confiscation of funds in bank accounts and deposits is being optimized. In the notary field, work is being done on the creation of an electronic system, which is planned to be launched in the first quarter of 2023. The development of the electronic bankruptcy platform is being completed, legislative changes have been initiated in the field of advocacy.

There was an exchange of ideas regarding the works done. Issues related to social guarantees in the judicial and legal sphere, digitization process, electronic systems, interdepartmental interoperability, staffing, provision of infrastructure, as well as constitutional and electoral reforms were discussed.

The Prime Minister emphasized the continuity of judicial reforms and gave appropriate instructions based on the results of the session.