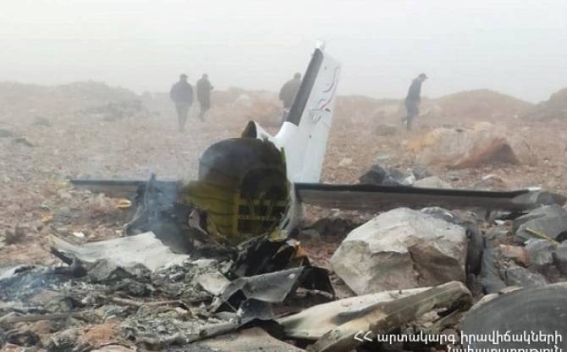 The Civil Aviation Committee of Armenia released details from the plane crash in Jraber village.

It said the crashed plane is a BeechCraft 95. The emergencies ministry had earlier identified the plane as a B55.

“On December 1, at 13:11 local time, contact was lost with a private BeechCraft 95 plane flying from Yerevan to Astrakhan. The wreckage of the plane was found at 14:20 in the village of Jraber in Kotayk province. Only the crew were on board the aircraft, two pilots, who died,” the aviation committee said, Armenpress reports.