Discussions on the introduction of a comprehensive health insurance system continue 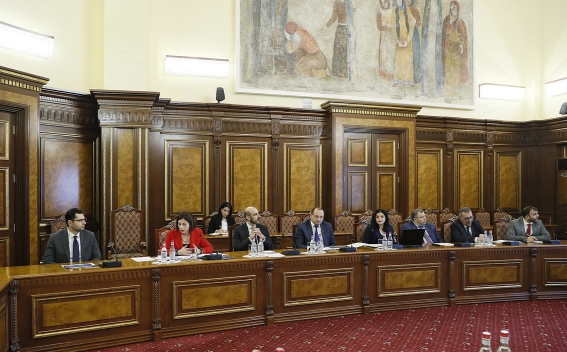 Today, chaired by Prime Minister Nikol Pashinyan, a regular consultation on the implementation of the comprehensive health insurance system was held.

The Prime Minister was informed about the implementation of the instructions he gave based on the results of the previous discussion. Minister of Health Anahit Avanesyan presented the updated version of the draft concept for the introduction of the universal insurance system, noting that it was discussed with the colleagues of the Government and the National Assembly, a number of conceptual principles were specified.

It was noted that the approval of the concept will be followed by the process of legislative support, in parallel, the processes of infrastructure support, introduction of quality standards, increase of professional preparedness, and licensing processes will be carried out. Let's remind that the health insurance system is planned to be launched for the entire population of Armenia stage by stage until 2027, with voluntary and mandatory components of participation.

Questions related to the financial assessment of the insurance system, financing and management mechanisms were discussed in the format of the exchange of ideas.

The Prime Minister instructed to finalize the draft of the concept and start the process of drafting the legislative regulation.