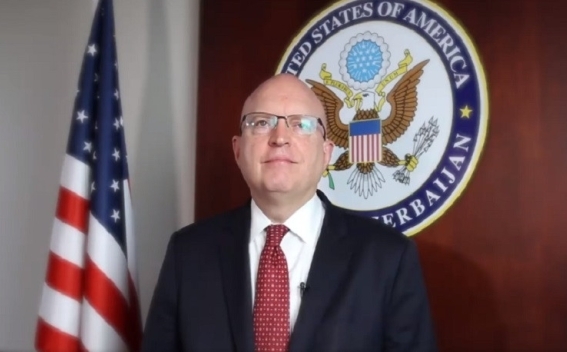 The United States at the highest level, represented by Secretary of State Antony Blinken and National Security Advisor Jake Sullivan, is engaged in and supports direct Armenian-Azerbaijani negotiations, Ambassador Philip Reeker, Senior Advisor to the Secretary of State for Caucasus Negotiations, said in a video message from the U.S. Embassy, NEWS.am reports.

Reeker said they are committed to the process of securing a peaceful future in the South Caucasus region. They firmly believe that ongoing direct dialogue (i.e., diplomacy, not military action) is the key to resolving problems and achieving comprehensive, long-term peace and prosperity.

According to Reeker this is not easy, but he wants to echo Blinken's observation that he made during the meeting with Foreign Ministers Mirzoyan and Bayramov. He said the United States is willing to do whatever it takes to support your efforts for a stable peace.