Commemoration of the Apostles St. Thaddeus and St. Bartholomew, the First Preachers of Christianity in Armenia 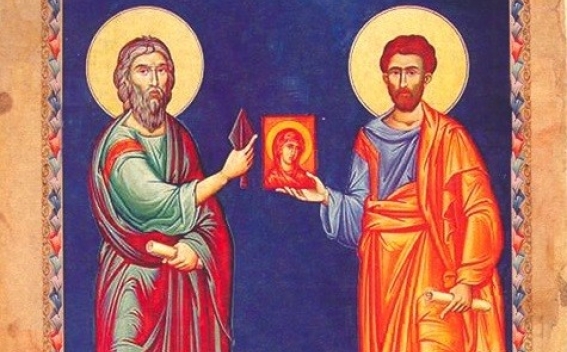 Apostles St. Thaddeus and St. Bartholomew were two of the twelve Apostles of Christ, who came to Armenia and preached Christianity in Armenia deserving the title “the first illuminators”. Still at the dawn of Christianity they were martyred in Armenia. It was the result of their preaching and martyrdom that the Armenian people, being the first nation in the world, proclaimed Christianity as the state religion. Indeed, Apostles St. Thaddeus and St. Bartholomew played an important role in the history of 2000-year-old Christian Armenian nation which has unshaken faith and keen love towards its Mother Church.

Each year a Divine Liturgy is celebrated in the Cathedral of the Mother See of Holy Etchmiadzin in the memory of St. Apostles, Qahana.am informs.