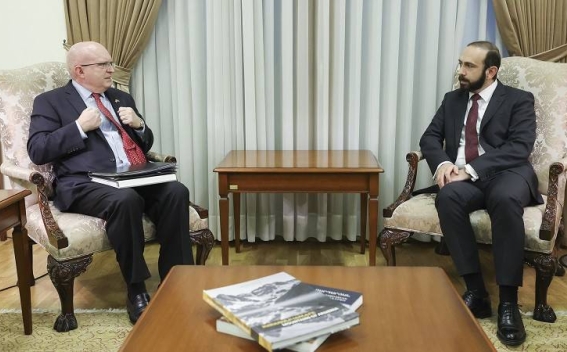 The interlocutors discussed the recent developments on the normalization of relations between Armenia and Azerbaijan, the Nagorno-Karabakh conflict.

Ararat Mirzoyan emphasized that Azerbaijan's use of force and threat of use of force, continuous provocations and warmongering statements are the major obstacle to establishing sustainable peace in the region.

Views were exchanged on ensuring the rights and security guarantees of the Armenians of Nagorno-Karabakh, as well as on the establishment of international mechanism for discussions between Stepanakert and Baku.

Ararat Mirzoyan and Philip Reeker exchanged views on the border delimitation process between Armenia and Azerbaijan, as well as on the unblocking of transport infrastructures in the region.