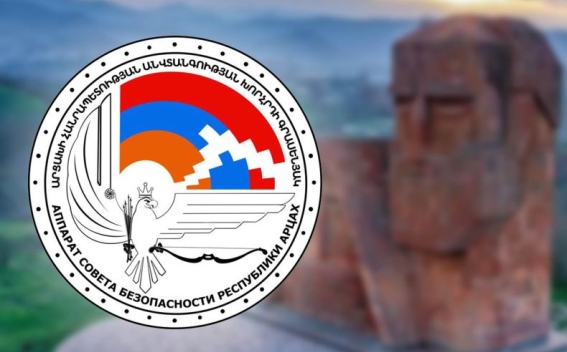 The Security Council of the Republic of Artsakh has referred to the information spread by the mass media that the command of the peacekeeping troops of the Russian Federation stationed in the Republic of Artsakh agrees to set up an Azerbaijani checkpoint in the Lachin corridor, assuring that it does not correspond to reality, ARMENPRESS reports the Defense Ministry of Artsakh said in a statement.

“In order to prevent entry of prohibited objects to the zone of responsibility of the peacekeeping troops, the Russian peacekeepers considered the possibility of installing an X-ray scanner at the No. 1 base of the Lachin Corridor for the purpose of inspecting incoming vehicles. Cargo control is planned to be carried out by specialists of the peacekeeping forces.

Accordingly, we emphasize once again that the rumors circulating about the establishment of an Azerbaijani checkpoint in the Lachin Corridor are false and do not follow the provisions of the trilateral statement adopted by the leaders of Armenia, Azerbaijan and Russia.

We urge not to yield to disinformation and to follow only official news," reads the statement.
Հայերեն На русском