We did not have specific result in reopening railway: Armenia PM on Tuesday's tripartite meeting 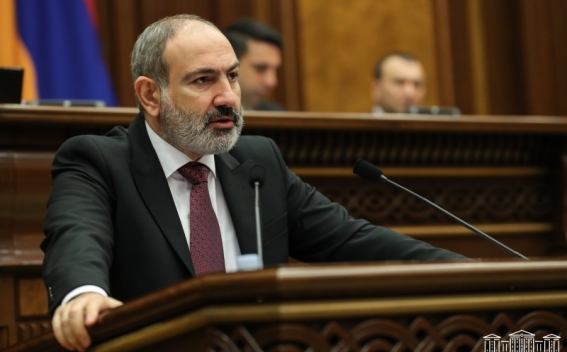 At the meeting of the tripartite working group held in Moscow yesterday, there was no specific result on the issue of reopening the railway. Prime Minister Nikol Pashinyan announced this during Wednesday’s question-and-answer session with the government at the National Assembly of Armenia, News.am reports.

"The matter of reopening the Yeraskh-Ordubad-Meghri-Horadiz railway was discussed. I cannot say that we have any specific results, but I want to reaffirm that Armenia is ready and interested in the implementation of this program. Our proposal still stands. Armenia is ready to start the restoration of the railway as soon as possible. We have previously voiced our ideas and from the moment of recording the generalities about them, we are ready to start the railway restoration work. I believe it is unnecessary to say our perception that railways and roads should operate within the framework of Armenia’s legislation. At any moment when we make those records on paper, we are ready to start the work from that moment.

Yesterday's discussions were only about the railway. But I would not say, it is not even necessary to say, that the matter of motorways is also on the agenda. In that regard, too, we [i.e., Armenia] are ready to open the three checkpoints we mentioned earlier, and we are ready for the creation, construction of new road infrastructures along the best route. It is our road, and we expect to provide also a large international transit with them. And again within the framework of Armenia’s legislation, we are ready to start the opening, construction of these roads as soon as possible. We don't have a lack or deficit of political will here," said the Armenian PM.