Armenia does not maintain any military presence in Nagorno Karabakh: Foreign Minister 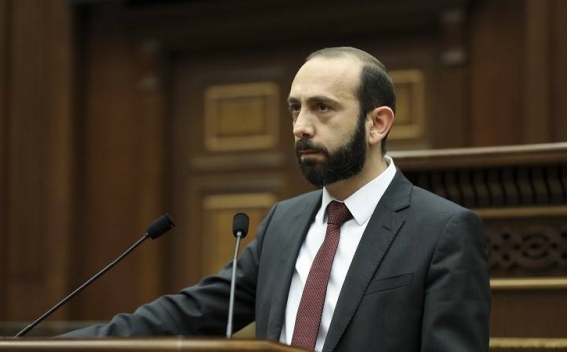 Armenia does not have any armed formation in the territory of Nagorno Karabakh, the Foreign Minister of Armenia Ararat Mirzoyan said.

FM Mirzoyan made the remarks in parliament when asked by Member of Parliament Arman Yeghoyan.

Yeghoyan asked the Foreign Minister to comment on Azerbaijan’s accusations that the 9 November 2020 statement’s terms aren’t fully implemented. Azerbaijan pointed out the issue of re-opening of regional connections and accused Armenia of maintaining military presence in Nagorno Karabakh.

Speaking about the November 9 statement, the Foreign Minister said that the terms are regrettably not entirely implemented. He pointed out the delays of the release of the Armenians prisoners of war and other detainees held illegally in Azerbaijan.

Speaking about the regional and economic connection unblocking, Mirzoyan said: “We met yesterday within the framework of the working group. The work and discussions are in process. The issues under discussion are very complicated, there are very difficult layers and sublayers, but the work is in process”.

He added that Armenia is displaying maximum constructiveness in all meetings on all issues, Armenpress reports.