France and the French people occupy a special place among the good friends of Artsakh: Arayik Harutyunyan met with President of the Region of Île-de-France 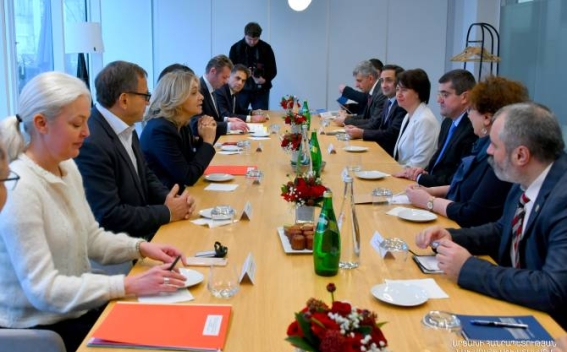 The Head of the State highly appreciated the principled and consistent activity of Valérie Pécresse, aimed at the protection of human rights and freedoms, the principles of humanity and democracy, the universal values, and the support of the Artsakh Republic, noting that she came to Artsakh during the hardest and most difficult period for our people, when the wounds of the bloody war were still fresh.

The President stressed that France and the French people occupy a special place among the good friends of Artsakh. "The resolutions adopted by the Regional Council of Île-de-France under your leadership in 2020 and 2022 regarding the recognition of the Nagorno-Karabakh Republic, as well as in favor of the sovereignty and territorial integrity of the Republic of Armenia are a vivid evidence of that. We highly appreciate such a support and the role of such steps for our country that has embarked on the path of democracy", Arayik Harutyunyan stressed.

At the same time, the Head of the State expressed confidence that the sincere friendship of our peoples, based on a common system of values and interests, will be further strengthened and deepened, and the areas of dialogue and cooperation will expand.

Valérie Pécresse reaffirmed her solidarity and support to Artsakh, emphasizing that in order to ensure stability and peace in the South Caucasus, it is necessary to achieve a peaceful and fair settlement of the Nagorno Karabakh conflict