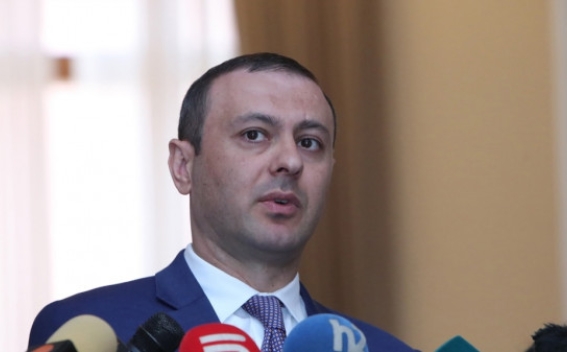 The Nagorno Karabakh issue has become ''en elephant in the room'' for Azerbaijan, the Secretary of the Security Council of Armenia Armen Grigoryan said, Armenpress reports.

Grigoryan was asked in parliament whether Armenia continues to separately discuss the possible peace treaty issue with Azerbaijan and the issue of the rights and security of Armenians in Nagorno Karabakh.

Grigoryan explained why Armenia has concluded that these issues must be discussed separately.

He added that Azerbaijan’s narrative claiming that the Karabakh conflict is resolved doesn’t anyhow help in moving forward in this issue.

''The Karabakh issue has become an elephant in the room for the Azerbaijani side, meaning the problem exists but they are trying to pretend that there is no problem. We will continue working and we will see to what extent it’s possible to separate,'' Grigoryan said, adding that Azerbaijan’s approach creates certain obstacles for advancing.