Preliminary investigation confirms use of phosphorus bomb by Azerbaijan during the war. Artsakh Prosecutor's Office 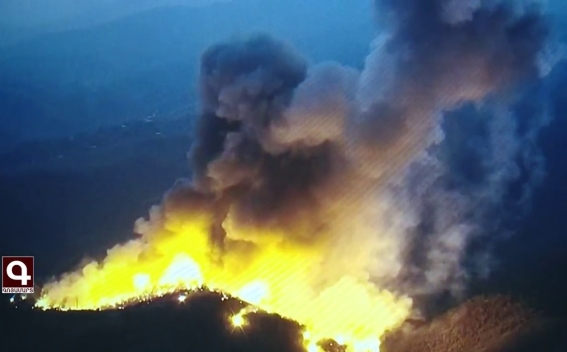 In order to investigate the circumstances of the aggressive war unleashed against the Republic of Artsakh by Azerbaijan on September 27, 2020, coupled with gross violations of international humanitarian law, a number of criminal cases were initiated by the law enforcement bodies of the Republic of Artsakh, within the scope of which the pre-investigative body confiscated many unexploded shells and remnants of shells, and examinations were appointed.

As ARMENPRESS was informed from the Prosecutor’s Office of Artsakh, the unexploded rocket found in the administrative area of Martuni city of Artsakh and the samples obtained from it were also submitted for examination. According to the conclusion given as a result of the examination carried out by an independent expert group (the conclusion was received on 07.12.2022) it was proved that it is a phosphorus munition consisting of white phosphorus.

The whole process of detection, neutralization and sampling of munitions was carried out with the participation of specialists, the process was video recorded, the subject of research and examination materials can be submitted to the research of international experts if necessary.

Thus, according to the results of the expert research, it was confirmed that during the 44-day war in 2020, the armed forces of Azerbaijan directly targeted the civilian settlements with chemical weapons, causing mass destruction and a large number of human losses, suffering and damage (a number of videos testifying to the use of chemical weapons were published during the war and after). In this way, Azerbaijan grossly violated Article 35 of the Geneva Convention (Protocol 1), according to which: