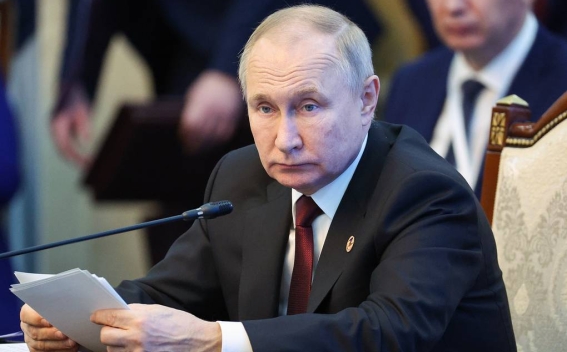 CIS leaders have agreed to hold an informal meeting in St. Petersburg before the New Year, Russian President Vladimir Putin said at a summit in Bishkek on Friday, TASS reports.

"Aside from our work today I’d like to remind you that we are expecting you at the agreed upon informal meeting of CIS leaders in St. Petersburg before the New Year," the president told his counterparts at the Eurasian Economic Union summit.

Putin expressed confidence in the continuation of close and constructive cooperation between the EAEU member countries during Russia's chairmanship in the union next year.

"We will be glad to see you at the next meeting of the Supreme Eurasian Economic Council and at the Eurasian Economic Forum, which we plan to hold on May 24-25, 2023," Putin said. The venue for the event is to be determined later, he said.