Elena Kuzmina: the Longer the Sanction, the Greater the Benefits for EEU 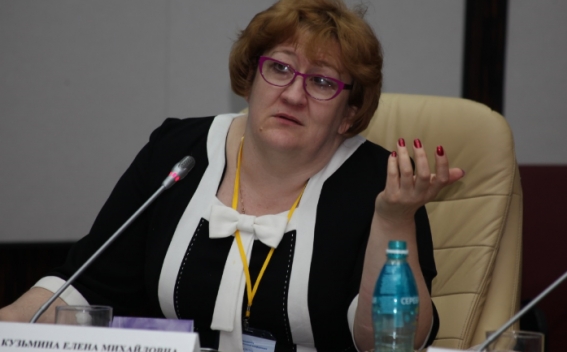 The sanctions had more positive than negative effect – they presented an opportunity to promote different products in Russian market; first of all we speak of agricultural products.

Most likely, the affect of the sanctions was indirect because they also indirectly resulted in the fall of the value ruble.

The affects are: first, lowered incomes of the population and second, inflation, which was also witnessed in case of  other national currencies, because they are strongly connected to each other.

On the other hand, the partners benefited from the sanctions, because the same Belarusians and Kazakhs have bought lots of goods, especially industrial, from the bordering regions.

How is it possible to derive benefits from sanctions? At least  the production of those goods is to be increased, whose imports from Europe  has been ceased as a result of  sanctions – among them first of all food products.

It is quite possible that the Europeans as well as the Americans will prolong the sanctions for a year. The longer they last, the more benefits the countries of EEU will derive, as the sanctions will give them  an opportunity to strengthen their place in this  market.

- According to you, what are the main paths of development for Armenia as an EEU member country?

Secondly, we are to speak about transport communications, first of all with Georgia and Iran.

Kazakhstan will be interested in transport communication with Georgia. Here the resources of the EEU will also be involved. Anyway, at present the economic ties are gradually improving and in principle Georgia also benefits from it. Georgia will also face deadlock if it does not use the Georgian-Armenian transport routes in the sufficient volumes.

Kazakhstan will also be interested in transport connection with Iran, In case of Iran, however, we deal with another situation in the face of international sanctions. Here other problems are to be resolved.  If the sanctions are relived Iran will present a good chance for Armenia: Iran is one of the transportation routes, which is very convenient one.

Infrastructure is very important either. I think that it will develop and it is quite possible that Russia and Kazakhstan as well as other countries, not included in the Union, will be interested in it. Maybe in this context the infrastructure bank established by China can be used,  especially if one takes into consideration that although it is a Chinese initiative, Russia, Kazakhstan and European countries aim to join it. Here we are to deal particularly with geographically Eurasian routes.

If we talk about the industrial infrastructure, then, first of all energy sector is important. Here, too, the project is not purely Russian because Russia and Kazakhstan have their center of nuclear energy, and in many projects not only Kazakh uranium is used, but the system itself is distributed in three countries. Unfortunately, Ukraine somewhat lacks behind, but Russia and Kazakhstan are quite interested in it.

I think that probably the same can be stated about the jewelry industry, and perhaps it will be possible to recover some Soviet time industrial production.

All those issues are to be considered: EEU is not established only to trade but also to overcome infrastructure crisis that happened after the collapse of the large country. Here we are to deal with the reestablishment of industrial potential in the member countries. Maybe this will happen in a later stage.

In any case, we start with those industries that are present in the countries and are competitive enough in Eurasia.