There is Some Tension Between Iran and P5+1 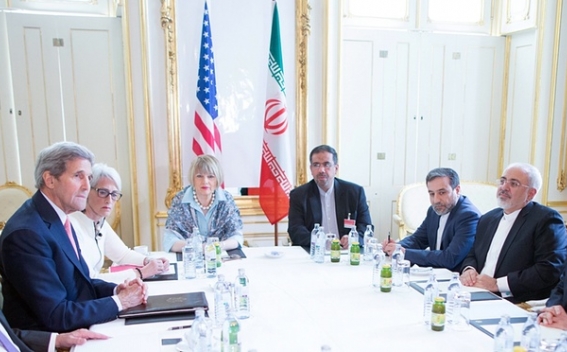 Iran and the world six powers again missed the deadline for a final deal. This time, however, they declared that they are not in a rush, with the US State Secretary John Kerry claiming that "It is not a test of a matter of days or weeks or months, it's a test for decades, that's our goal here," BBC reports. It seems that something has changed in the nuclear talks, as the sides were always declaring that the deal should be signed as soon as possible, but suddenly they say that they are not in a rush. Moreover, they do not set any new deadline.

There may be various reasons, but the most possible ones are the following two:

First, the main controversial issues – lifting the sanctions and inspection in the Iranian military sites- still remain unsolved and the sides cannot come to consensus. Though it was declared that concerning the sanctions there is some progress and the sides have come to some agreement, the details are not known yet. The sides constantly declare that there are red lines, beyond which they will not go and it seems they have come to those red lines and the negotiations have entered a deadlock.

Second, yesterday an incident took place in Vienna between the Foreign Minister of Iran and the US State Secretary, which showed that there is some tension between the sides. During the negotiations in Vienna, word of the clash spread between Zarif and Kerry. The reason was the talk about the regional threats and Iran’s role in it. As IRNA reports, this made Zarif angry: "If we are talking about regional security, I should take every one of you to International courts for supporting Saddam."

This is not the only incident. During one of the meetings in an answer to the EU Foreign Policy Chief Federica Mogherini’s statement that if Zarif does not want to reach a deal they can end the talks and go home, the Iranian Foreign Minister warned: "Never try to threaten Iranians."

All this makes to think that there are really difficulties and misunderstandings among the parties and to expect that the deal will come soon, is not that much realistic.