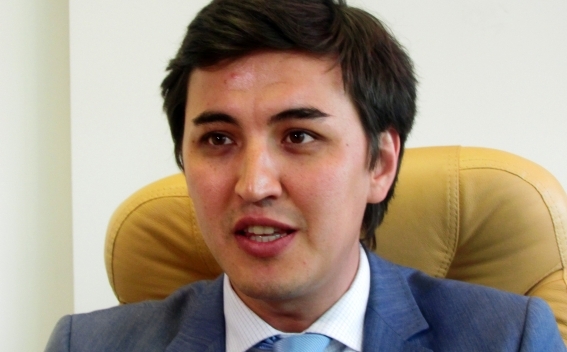 Armedia" IAA presents an exclusive interview with Ilya Urazakov, Executive Director of "Universiade 2017". The Interview was conducted in the framework of "Armenia-Kazakhstan: Cooperation Platforms" project, with the support of Embassy of Kazakhstan in Armenia.

- What experience does Almaty have in holding such sports events as Universiade-2017?

- As you remember, for about 80 years  Almaty has been the capital of Kazakhstan. This is a city with the most developed infrastructure, large population, it is the financial center of the country, which brings about 32% of the national budget, here most of the young people and students are concentrated. In 2011, in Almaty and in Astana Asian Games were held. This was a very large project, which greatly modernized the infrastructure of Almaty. Due to this, we have world-class facilities, as well as new sports facilities were built.

- What are the expectations from Universiade?

- We have a special preparation program for the Universiade, much of the work is being carried out with potential champions. We hope, believe, know that irrespective of the results of any games that take place in one country or another, it always significantly increase the percentage of the young people who come into sport. This kind of big events make sport more popular. Those,who see, feel this festival here, they are then, of course, being involved in sports. This is one of the main objectives of the Universiade-2017.

- How many countries will take part in Universiade?

- According to our calculations, about 50-55 countries will be participating. Today we have 23 applications, among them, no doubt, also from Armenia. Moreover, even in the test events of the championship, which we held in December 2014, 3-4 skiers came from Armenia. Of course, participants will be from Europe, North America, the Nordic region, Russia, Belarus, Armenia, Uzbekistan, Kyrgyzstan.

- In 2017 in Kazakhstan, Astana, an international exhibition EXPO will also be held. Won’t it be a competitor to the Universiade, or vice versa, the exhibition will stimulate the flow of tourists?

- Now the government is considering the format of our initiative, which we did together with our colleagues of EXPO for organizing separate international PR campaigns titled "Kazakhstan-2017". The events are held at different times: the Universiade takes place in January and February, and the Expo is held in the summer months. Thus they do not coincide both with their themes and their times to be held. Huge emphasis is put on the exchange of experience on joint preparatory works. For example, Almaty is very strong with its volunteer groups. I'm pretty sure that most of the volunteers, who will be involved in holding our games, in summer will go to help our colleagues in Astana. Moreover, there is even a government decree, according to which certain expensive high-tech equipments that will be used at the Games in Almaty, then will be transferred to our friends in Astana.