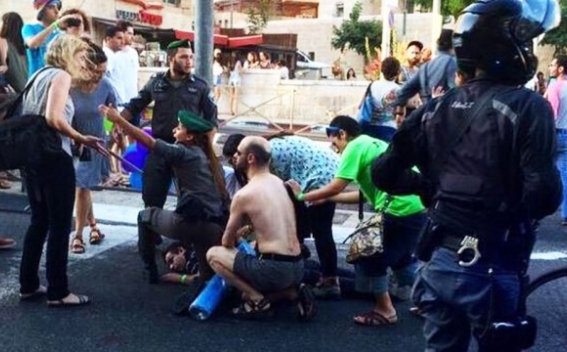 Six people at Jerusalem’s annual Gay Parade have been stabbed, reportedly by an Orthodox Jewish man who police say had launched a similar attack on the parade ten years ago, - Euronews reports.

The suspect, identified as Yishai Schlissel, had only been released from prison a few weeks ago after serving a 10-year sentence for attempted murder and aggravated assault.

Witnesses described seeing an ultra-Orthodox man jump into the crowd, screaming as he plunged his knife into people at random.

The suspect was wrestled to the ground by police and taken away in a van.