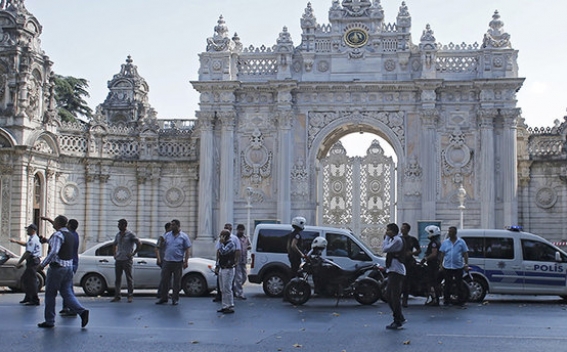 According to Turkish media, one policeman was slightly injured in an attack of in , which is the official residence of Turkish Prime Minister.

Two people, with automatic weapons, who are suspected in carrying out the attack, have been arrested after the shooting.