Abbas Promises to "Explode a Real Bomb" at His UN Speech 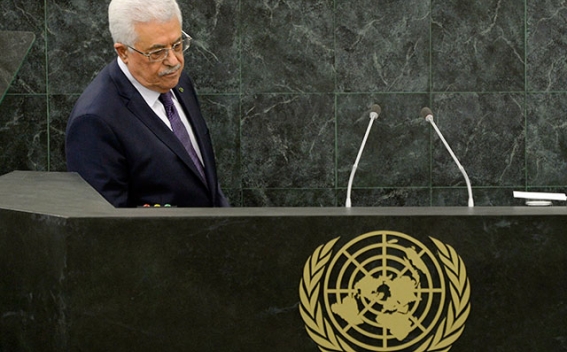 In Al-Aqsa Mosque in which is considered to be a holy place for both Jews and Muslims, on the background of some amid clashes between Palestinians and Israeli police, Palestinian President Mahmoud Abbas gave an interview to the London-based "Al-Quds Al-Arabi" newspaper. As Newsru.co.il reports, Abbas accused the Israeli authorities of attempting to divide Al-Aqsa Mosque between Muslims and Jews. He considers such attempts unacceptable, stressing that Palestinians are not going to do any concessions on the issue of . He said that the Palestinians would never leave and the Muslims’ holy places.

Abbas also spoke about US Secretary of State John Kerry's initiated Israeli-Palestinian talks, which collapsed in 2014 without any progress. The main reason for the failure of negotiations, according to the Palestinian leader, was Israeli Prime Minister Benjamin Netanyahu's demand to recognize as a Jewish state. "If is a Jewish state, then no one should be surprised if faces The Islamic state," Abbas said.

Abbas also mentioned that his speech at the UN General Assembly session will be dedicated to the desperate situation of Palestinians. "And at the end of the speech I will explode a real bomb" said the president of the Palestinian Authority.

Mahmoud Abbas' speech at the UN General Assembly is scheduled for September 30. He promises to make some sensational revelations on Israeli policy towards the Palestinians.