Will Socio-Economic Protests in Azerbaijan Turn into a Political One? 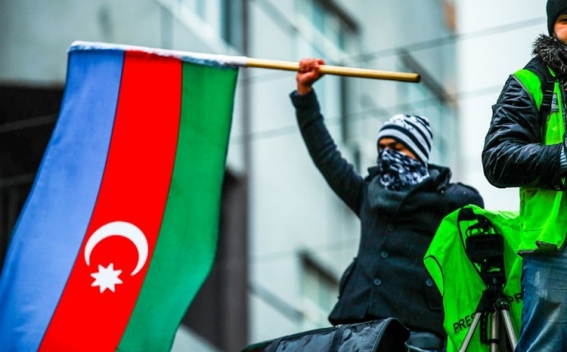 British oil and gas company British Petroleum (BP)  announced plans to slash 5 percent of its global workforce in the face of a continued slump in oil prices, Reuters reports. According to the statement of the company, the reduction will also affect the personnel in Azerbaijan. According to APA, in the list of BP-Azerbaijan there are already 50 employees to be dismissed.

It should be noted that the British company is not the only one that cuts jobs in Azerbaijan. Local authorities are also doing the same. Thus, the authorities of Sumgait are about to destroy the only available jobs there. In particular, they are going to demolish all the shopping facilities of one of the central streets of Sumgait – they are almost 270. This means that hundreds of people will be left without work, Azerbaijani media writes. More than 6 thousand people lost their jobs due to the closure of currency exchanges in Baku. Many shops also could not overcome devaluation: they are either closed or have limited the sale of foreign goods. In such circumstances, even the atmosphere of fear from Aliyev regime does not stop people from taking the streets.

The protests against the increase in food prices and unemployment in Azerbaijan continue. With the requirement to prevent a further rise in prices in Azerbaijan protests were held in Lenkoran, Fizuli, Agjabedi, Agsu and Siyazan.

In the village Fizuli of Bala Bahmanli region to restore public order internal troops were entered. The protesters refused to disperse and blocked the main road, despite the fact that local authorities have complied with the requirements of the local people. In particular, the authorities are trying to prevent artificial increase of food prices, haqqin.az reports.

An alarming situation is also in Siyazan. The protest against rising prices turned into clashes with police. As haqqin.az informs, security forces used tear gas and rubber bullets. In response, the protesters started throwing stones. In fact as a result of mass clashes in Siyazan, according to preliminary data, more than 20 people have been detained.

In Galaalty police arrested several protesters. There is also information about people wounded, whose number was not specified.

It is not excluded that as a result of this policy of the Azerbaijani authorities, the socioeconomic protests in Azerbaijanis will develop into a political struggle.