Erdogan’s New Plan: Turkey has been Given 6 Months 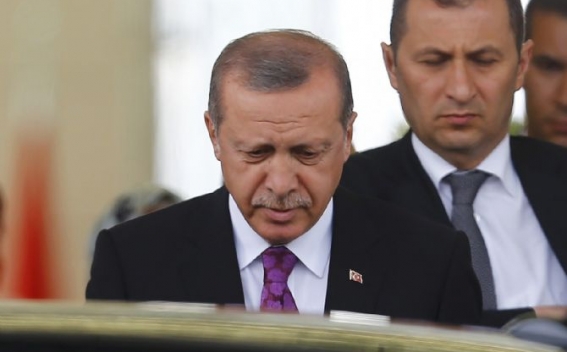 Turkey has been given six months to draft a new constitution, Turkey’s Prime Minister Ahmet Davutoğlu said. The ruling Justice and Development Party wants the parliamentary group composed of three lawmakers from each of the four political parties at parliament, to begin their work from February 4, Hurriyet reports.

It should be noted that from the beginning of 2016 Turkey’s President Recep Tayyip Erdogan once again has brought into the agenda the issue of passing to the presidential system. Erdogan insists that giving the Turkish President more powers is not a personal issue. He says 55 to 60 percent of Turkish population wants it, Turkish Weekly reports. Moreover, Erdogan is sure that this number will increase. "We have our friends, who all make comments on this and explain what a shift to a new presidential system would mean to the people of Turkey," Erdogan said earlier this year.

Some media reports claim if AKP does not receive support from opposition parties for the constitutional change a referendum will be held on the issue.

By the way, Turkish opposition is against the constitutional change. Particularly, pro-Kurdish Peoples' Democratic Party Co-chair Selahattin Demirtaş has said Erdoğan started to reveal his real, authoritarian intentions, Today’s Zaman reports.  "The wolf in sheep's clothing has started to disclose following the presidential election," Demirtaş said, noticing that Erdoğan's method for achieving his plans is not democratic at all. "First, he seized the state, media, money, judiciary and Parliament, and now he is moving step by step to create a ‘shock doctrine' by using the state as a device for violence and war."

Finally, is the issue of presidential transition the most urgent for Turkey today?

Speaking about the problem, the main opposition Republican People’s Party head Kemal Kılıçdaroğlu said "the country has turned into a zone of fire but their personal ambition has blinded their eyes".

It is obvious that Erdogan manages to reach his goals step by step despite the criticism from all around, proving that he is not going, as he says, to be satisfied with "the role the Queen of England".