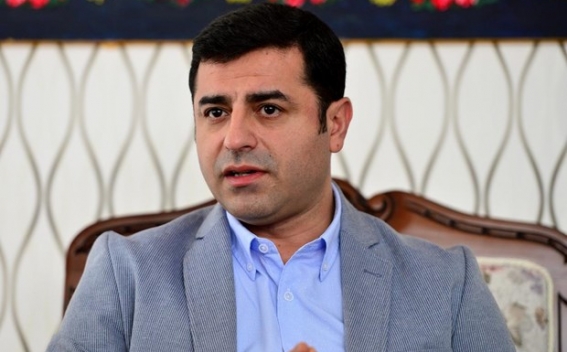 Turkey's HDP Co-President Selahettin Demirtas answered to Turkish Prime Minister Ahmet Davutoglu's earlier statement, in which he stated that "the Kurds like the Armenian "gangs" of those times are cooperating with Russians."

"In fact, when they say that we are like the Armenians that collaborated with the Russians, they want to say. "What we did with the Armenians in 1915, will also do with you." It does not mean anything but a policy of mass slaughter and death. He comes to Bingol and threatens with massacres. However, we are confident of our unity," Demirtas said, ermenihaber reports citing Turkish T24 news portal.