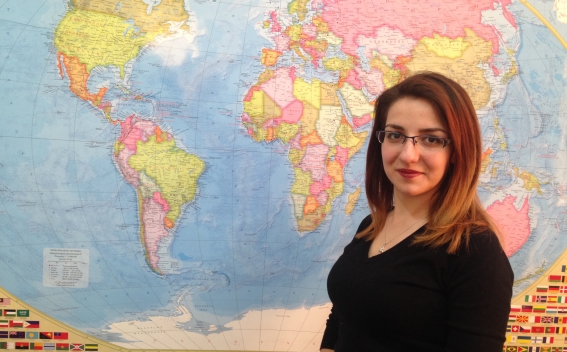 now more than ever needs stability in the . Russia-Turkish tension and Turkey's efforts to bring  to its side increase the role of this region for .

, as a strategic partner for and "elder brother" seeks the support of  in foreign policy, both in Syrian crisis and conflict with . That’s why tried to involve in Saudi-Turkish coalition in and Davutoghlu promised "to do its best to help free occupied Azerbaijani territories." But, as the political process showed, has yet succeeded to avoid adopting certain policy.

is also interested in ’s passive policy and not provoking instability in the region so as not to deviate the attention of from the Syrian crisis. Besides, due to the "neutral" position of ’s strategic partner  also solves the issues of its image.

For these reasons, holds active dialogue both with and . With it uses the policy of "checks and balances". On one hand, published the list of arms sold to , on the other hand MFA of Russia quickly announced it will not do any steps that are against the interests of . When  had problems with the payments of  arms, the vice prime-minister of visited , reached concesus and solved the problem. At the same time, Vladimir Putin approved the accession of to the group of antiaircraft Defense system.

tries to play balanced game with and and ensure "neutrality" of and possibly restraine reactions of .

In this context, it’s now difficult to imagine what issues will be discusses during Sargsyan-Putin meeting on the 10th of March. will express its dissatisfaction of selling Russian weapons to and the continuing escalation in Karabakh conflict zone, provoked by . Besides, Iran-Armenia cooperation and issues of bilateral relations will also be on the agenda.

can use the present situation and active policy with and to get benefits. The key is to have an input in the establishment of monitoring mechanisms for the ceasefire regime in Karabakh conflict. This issue is on the agenda of both American and European co-chairs of the roup, and some steps of , pushing to agree with the suggestion, can serve to two goals at the same time. It will increase stability and peace in the region, that as we mentioned, is a priority for , and will increase the role of , as a OSCE MG Co-Chair. This will be a restricting factor for , and at the same time can influence on the change of balances in the Russia-West relations and improve position of .