President of "ALEPPO" Organization: Most Urgent Problems of Syrian-Armenians are Housing and Employment (EXCLUSIVE) 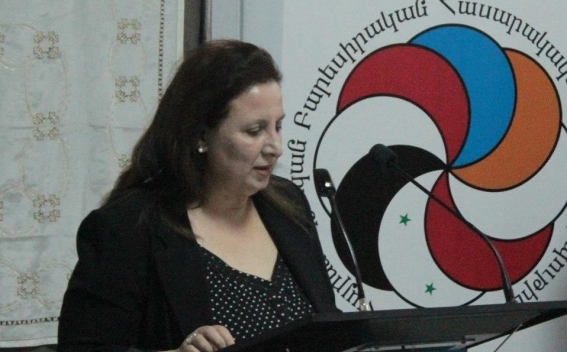 "Armedia" IAA presents an exclusive interview with the president of "ALEPPO" Compatriotic Charitable Organization, Ani Balkhyan on the current situation of Syrian Armenians that have come to Armenia and on the programs for helpng them.

- What is the number of Syrian Armenians in Armenia? Has their flow stopped or does  it still continue?

- As a result of Syrian civil war more than 17,000 Syrian-Armenians have migrated to Armenia. It is worth mentioning that in summer of 2012, when the number of our compatriots moving to Armenia increased largely because of dreadful war conditions in Aleppo, realizing all the difficulties and problems our compatriots could face in a new country, a group of Syrian women came up with an idea of ​​establishing a charity organization in order to give a helping hand to the fellow citizens through collective work. Thus in 2013 "ALEPPO" Compatriotic Charitable Organization was established.

The Syrian Armenians' flow to Armenia still continues, and perhaps this is one of the reasons  that "ALEPPO" organization initiated "Save a Life" project in 2015, aiming to help the Syrian Armenians in a difficult financial situation to purchase a one-way ticket from Lebanon to Armenia.

- Your organization is implementing a number of projects to help Syrian Armenians. Is there any international support for those projects?

Since its foundation the "ALEPPO" organization has been developing and implementing long-term projects that facilitate the processes of integration and accommodation of displaced Syrian Armenian community. Today, nearly 1,500 needy Syrian families (5,000 individuals) have been registered in "ALEPPO" organization which in turn cooperates with a number of local and international organizations. For example, we reopened here ''Arevik'' Armenia Center, which has been working for 13 years in Aleppo, aiming at helping mentally and physically disabled people. Necessary equipments, as well as the improvement of adequate facilities for persons with special needs have been provided by the US Embassy, particularly due to the project  "Better conditions for Syrians with disabilities" working in the framework of Julia Taft fund.

''ALEPPO'' has also carried out projects to help the people who suffered a loss of a relative or some material damage during the Syrian civil war by providing some social and psychological support.

- What are the main problems that Syrian-Armenians face today? Are there any initiatives to overcome them?

- The daily work of ''ALEPPO" organization and deep studies of the social situation in the families of 5,000 Syrians show that the most urgent problem is housing, the need of shelter.

Thus "ALEPPO" organization has developed and implemented "Host a Family" project that has been realized with financial support of donors who planned to invest 15,000 to 20,000 US dollars in order to buy apartments and give them to the needy Syrian families.