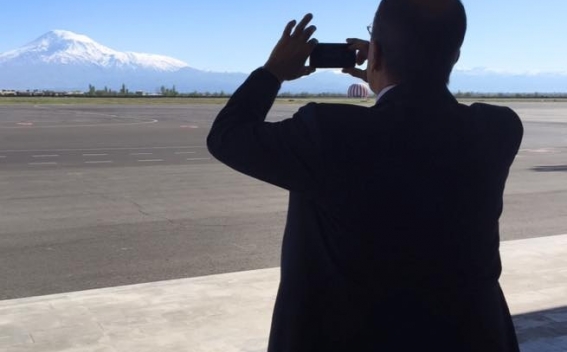 The picture, where Lavrov takes the photo of Mount Ararat, was published by the Russian Foreign Ministry spokesperson Maria Zakharova on her Facebook.

"Ararat was simply charming with its beauty. Lavrov could not help photographing it," Zakharova wrote.

In the comment Zakharova said: "There's an interesting story. In response to the Turkish government protest that in the coat of arms of Armenia SSR Mount Ararat is depicted, which is not part of Armenia, the People's Commissar for Foreign Affairs Chicherin replied: ‘In the Turkish flag half-moon is depicted, but the moon is not a part of Turkey...’" 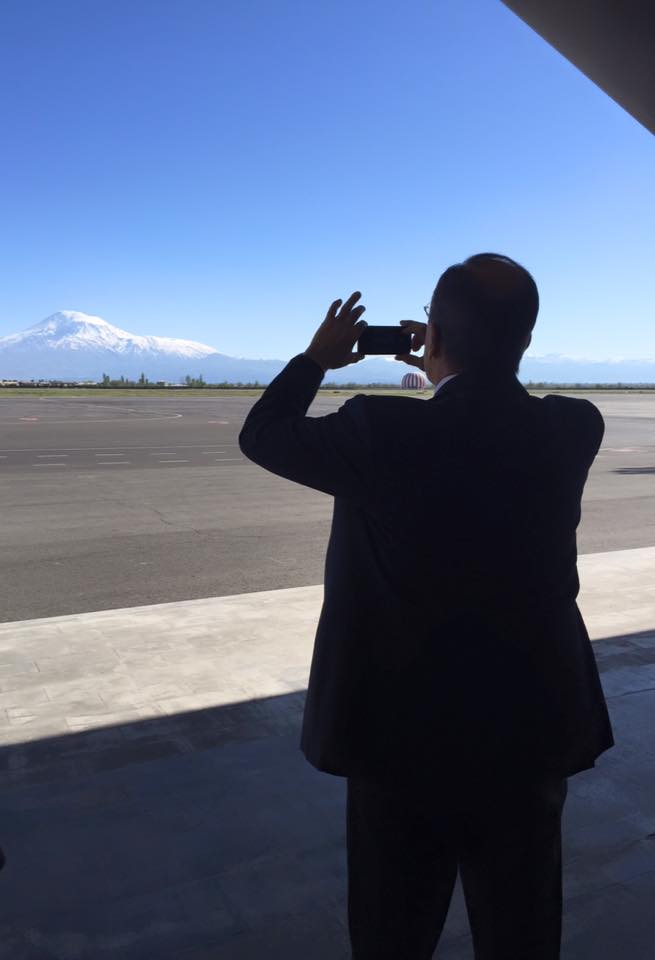