Ahmadinejad Wrote a Letter to Obama 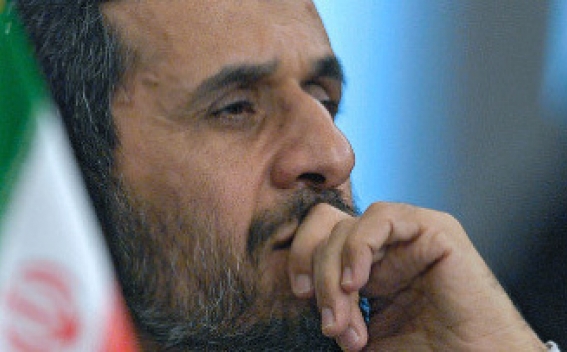 Sergey Guneev / RIA Novosti
Former President of Iran Mahmoud Ahmadinejad wrote in a letter to the White House, RT reports.
In the letter Ahmadinejad noted that the US President Barack Obama should use his remaining time in office wisely and restore people's rights” by returning $2 billion in frozen Iranian assets.

“You took office as the president of the United States amidst a climax in global frustration...following several decades of hegemonic policies and behavior of consecutive US administrations,” the letter states.

“Your campaign slogan was 'change' and you claimed to be determined to change those policies as well as behaviors,” it continues.

In the letter it is noted that Obama’s promise to restore ties with Tehran has never been fulfilled, “and the same hostile policies along with the same trend of enmity were pursued, in alternative ways,” the letter states. Iran believed a “compensation for the past would have been remedied” during Obama’s terms, Ahmadinejad wrote.

Finnaly the message gets straight to the point: ʺOn June 9, 2014, a court in America, based on unfounded claims without presenting any reliable documents, issued a sentence based on which about two billion Dollars of the Iranian nation's assets would be seized unlawfully,” the letter reads.